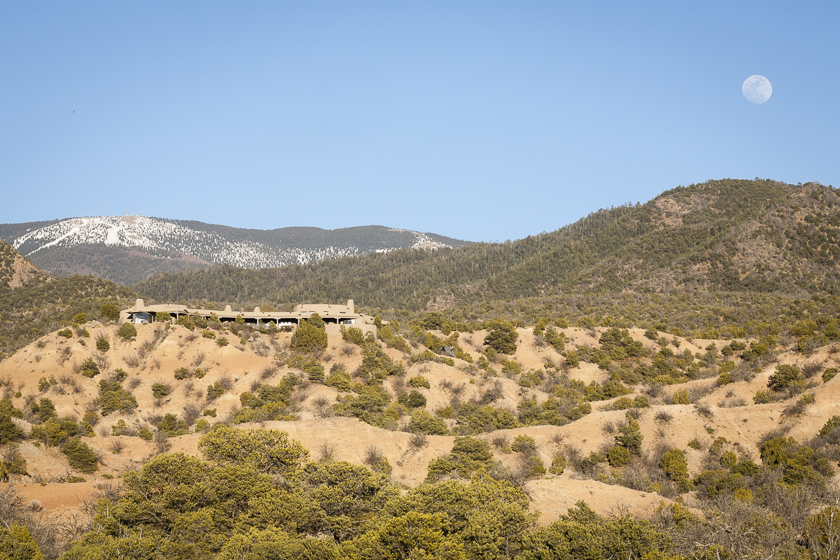 The subdivision was created in the late 1970s from 1,400 acres of piñon and juniper forest in the Sangre de Cristo mountains.

The developers envisioned a private residential neighborhood governed by covenants that would limit the impact on the environment and maintain the rural character of the land.

In addition to dedicating more than 40% of the property as permanent wilderness, the founders set limits on density, building heights, and visual elements such as exterior colors, reflectivity and outdoor lighting in order to maintain harmony with the neighboring National Forest. 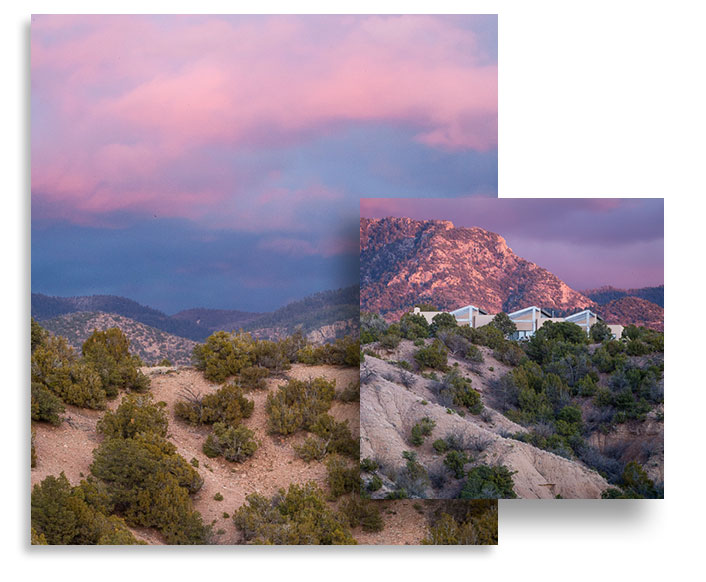 The vision to create Los Caminitos with a very gentle footprint on the land might not have happened without the influence of Rancho Encantado owner Betty Egan, who died in 1992.

A remarkable woman with many accomplishments, she was given the Order of the British Empire by King George as a WAC during WWII, and, following the death of her husband, brought her four children to Santa Fe from Cleveland to take over the Rancho Del Monte dude ranch.

She founded the Tesuque Fire Department in 1970, and served two terms as its chief, the first female Fire Chief in the U.S. Her story was made into a 1993 movie called Rio Shannon starring actress Blair Brown.

Robert Redford lived at Rancho Encantado while filming The Milagro Beanfield War and subsequently became one of the first owners in Los Caminitos.

The cattle boom of the 1880s brought Easterners to the West, who invited guests to visit, and the first dude ranches were born.

With the railroad expansion in the 1920s and the coming of automobiles, these escapes from urban life became a craze. Santa Fe, with its exotic mix of cultures, magnificent scenery and open land, was a popular destination.

Bess Huntinghouse (1894-1986) came West from Chicago as a “Harvey girl,” an employee of the Fred Harvey tourism and hospitality organization. By 1930, she was the manager of Bishop’s Lodge. In 1932, with the help of her sister Harriet Jackson, she purchased the property that now includes Los Caminitos and the Four Seasons resort next door.

Bess established a dude ranch, Rancho del Monte, which she ran until 1954, when it was sold to Bill and Barbara Hooton, both from New York City. In 1956, Barbara collaborated with Patrick Dennis, author of Auntie Mame, to write a novel called Guestward, Ho! that became an ABC TV sitcom, with themes later seen in shows like Green Acres and Fawlty Towers.

The Hootons sold Rancho del Monte in 1968 to Betty Egan, a Cleveland widow, who remodeled and renamed it Rancho Encantado.